Sunset Sessions is back by popular demand!

Hollis Brown is an honest American rock band. The band was formed by Queens-natives and first generation immigrants (Italian-American and Puerto Rican-American, respectively). They soon found their musical brethren across America, recruiting Andrew Zehnal and Chris Urriola. The independent act has achieved a significant amount of success since their formation in 2011. is a dark nostalgic singer-songwriter based in upstate New York and Brooklyn. With a hauntingly beautiful, lilting soprano and innate sense of melody she crafts tales of songbirds, sirens and desert nomads – nuanced and layered stories which bridge the gap between past and present. Though her influences cover a broad range of genres – from French chansons and Russian folk to contemporary alt-pop and rock – her voice often draws comparisons to the likes of Joni Mitchell, Jeff Buckley, Angel Olsen, and early St. Vincent. Sunshine Nights is a band and songwriting partnership between Amy Priya and Stephen Sunshine. We perform live both as a duo and as a larger band consisting of a variety of players: drum set, a second guitar, mandolin, trumpet, saxophone, fiddle, lap steel, percussion or/and a third vocalist. They perform in NYC regularly with a great community of fellow artists and tour a good part of the year in Quebec, America’s South & East Coast as well as Western Europe.

Cat Ridgeway is a skilled singer/songwriter from Orlando, FL known for her soulful vocals, high energy, and 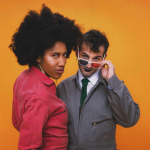 Brooklyn-born Olivia K calls her unique sound Soul Fusion. Just like the melting pot of NYC, soul fusion includes the fun and rhythm of the Caribbean, the sincerity of gospel, and the artistry of jazz to bring people together. It’s a music full of soul, passion, inspiration, and fun.

Olivia K and The Parkers electrify the stage as  in non-stop motion, singing, dancing, and  accompanying herself on piano at the Bitter End, collaborating with the Songwriter Orchestra at the New School, 54 Below and Le Poisson Rouge or with her group Olivia K and the Parkers at The Delancey, Rockwood and the Knitting Factory. Steff Reed is a Musician, Educator, and Activist. By sharing his story, Reed shows others that they are not alone. He is a Black Man that loves and gives greatly, modeling that emotional sensitivity and compassion can make us stronger as a community.

As a singer, songwriter, producer and multi instrumentalist, Steff Reed is known to affect audiences with his spiritual, uplifting energy and song. He is unafraid to be vulnerable and open in his own story, sharing lessons of resilience, healing, self-betterment. Reed blends genres of folk rock, alternative rock, pop rock to culminate in inspirational, humanitarian messages.