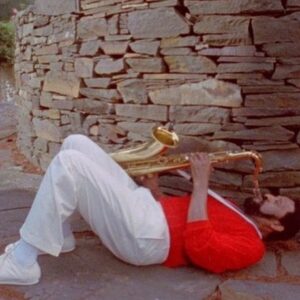 Jazz legend Sonny Rollins and his ensemble perform at Opus 40. Rollins chooses the site because he feels Fite’s monument embodies Saxophone Colossus — his nickname and the title of his seminal 1956 album — and because it provides a unique backdrop for an open-air jazz concert. The concert will be remembered (by VICE and others) not only for the world premiere of the single “G-Man,” but also for Rollins’ dramatic fall. Rollins will later recall the incident in an interview, stating that he missed the landing mid-solo jump from the rock stage and landed heavily on the stone surface six feet below. He goes on to say that the fall instantly broke his heel, and after a brief and tense pause, he continued to play while lying on his back. 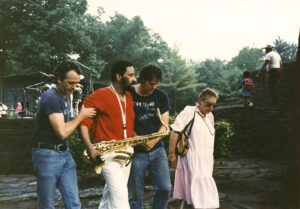